In addition to some of the most rewarding snorkelling and diving sites in the world, the North Sulawesi region offers a wide variety of activities and cultural attractions including volcanic hot springs, smoky volcanic peaks, highland lakes and ancient archaeological sites..
The volcanic island, Manado Tua (means “Old Manado”), just off the coast of Manado is just one of the islands that form the Bunaken National Marine Park. Another, and, at the same time, the largest and most well-known, is Bunaken, renowned around the world as a diving and snorkelling Mecca.

Amurang and Manado both lie in the Minahasa region of Sulawesi Utara.
Known especially for its fertile soils, Minahasa is characterised by characterized by varied and lush landscapes with many different animals and plants both on land and in the sea.  Everywhere you look, there are waving coconut palms, clove plantations and fruit and vegetables of every variety. Look more carefully and you may even be lucky enough to spot one of the rare mammal or birds of North Sulawesi, such as the Maleo bird or the dwarf-buffalo, or even the pig-like babiroessa. 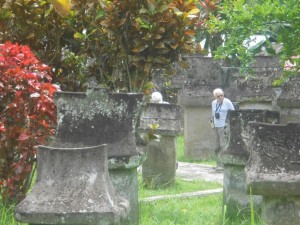 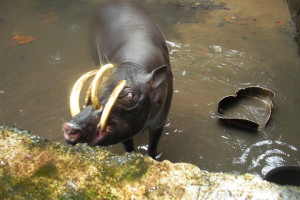 Minahasa is one of the few regions in Indonesia that is almost wholly Christian. Although the Spanish and Portuguese spice-traders were the first Europeans to make contact with the indigenous people, it wasn’t until the arrival of the Dutch that Christianity became the predominant religion.